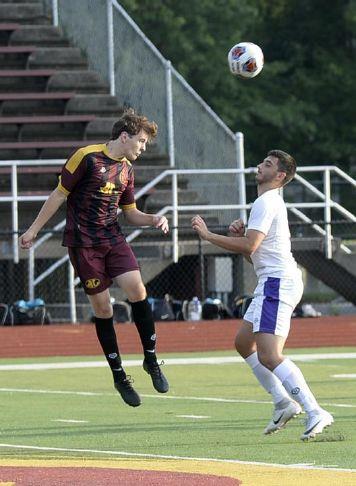 He made sure he’d walk away with good memories.

Lacko’s goal in the 45th minute provided all the scoring the Eagles would need as they held on to defeat the Shoremen 1-0 in the Southwestern Conference opener for both teams.

“This was a big game because we were playing our rivals. I wanted to beat them because this was my senior year,” Lacko said. “This win is huge. They were trash talking us the entire time and they are a really good team so it was a hard-fought victory.”

After a scoreless first half during which neither team was able to generate many scoring chances, Avon (3-0, 1-0 SWC) came out with a greater sense of urgency in the second half.

Avon freshman Sean Wilson played a well-placed ball to Lacko, who timed his run perfectly to get between three Avon Lake defenders and dribble untouched into the penalty box before firing off a shot with his right foot into the back of the net.

To continue reading article from the Elyria Chronicle, click HERE