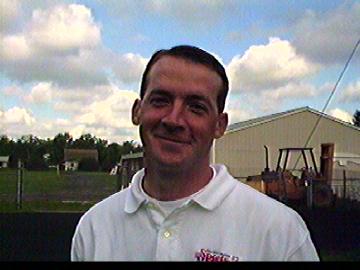 Before Mr. O’Leary arrived at Avon, he received his undergraduate degree in Physical Education with an emphasis in Athletic Training from John Carroll University.  He then earned his Master’s Degree in Health and Human Services with an emphasis in Athletic Training.  While earning his Master’s Degree, he was in a Graduate Assistant Program that allowed him to work at Jackson High School (Jackson, OH).

Mr. O’Leary is grateful for the exceptional coaches, athletes, parents, and the community of Avon.  Avon is where he met his wife Jen.  He and Jen have two children, Cullen and Madigan who are enrolled in the Avon Local School District.

Athletic Trainers are being celebrated all across America this March and the slogan is “ATs Impact Health Care Through Action.”

If you see Mr. O’Leary this month AND every month, make sure to say thank you!